The quantitative evaluation used pre- and post-testing to answer the research question “Did the students involved in the intervention (ATS2020 pilot implementation) develop transversal skills to a greater extent than those not involved?” The test used incomplete linked test design where four block containing distinct items were rotated into six testlets and delivered to the students electronically in the pre- and post-test phase in a way that no student takes the same testlet twice. The test was used in all 10 piloting countries.

The results show that in the post-test significant differences between control and experimental classes in post-test in almost half the countries: Belgium, Croatia, Lithuania and Finland. Interestingly, in most countries (Croatia, Estonia, Finland, Ireland, Lithuania and Slovenia) the girls outperformed the boys. In addition to the test, the quantitative part of the evaluation collected contextual data on the teaching and learning process with regard to the transversal skills. In some countries, the attitudes towards TS became more positive, both for teachers and students. In many cases students answered they acquired specific skill by themselves or from peers and not in school or with their teachers’ help. In half of the countries, positive association between students’ attitudes towards (importance of) transversal skills and student performance for most of the skills. In most countries,  students whose teachers give higher importance to transversal skills have higher performance.

The qualitative part aimed to answer the research question “How has the ATS2020 model on the development and assessment of the targeted transversal skills been implemented?”. An exploratory approach involving in-depth study of two case classes in each country was adopted. Data included in-class observations at each Learning Cycle, Students’ and teachers’ artefacts and interview transcripts of separate interviews with students and teachers.

On the basis of the results, it can be argued that students’ transversal skills were developed through this project. Participants overall acknowledged that the implementation allowed them to address transversal skills in their teaching. Yet, transversal skills were not emphasized at the same level by all countries. Participants’ satisfaction levels varied in regard to the development of each transversal skill of the ATS2020 model: Information Literacy, Collaboration/Communication, Autonomous Learning and Creativity/Innovation. In addition, positive attitudes towards the model and its implementation were reported by most countries. In regard to the critical aspects of the ATS2020, participants seemed to be overall satisfied, despite the difficulties or obstacles. The involvement of transversal skills in teaching and learning was a positive aspect of the implementation for the implementation. The level of skills’ development varied, which applied for the selection of targeted skills in each country. Despite modifications and difficulties, the next critical aspect, ePortfolio, was implemented quite successfully. The difficulties discussed in detail on a country by country basis mainly related to the ePortfolio being time consuming and having confusing and difficult fields. A similar picture emerged for the MyLearning Journal aspect. In regards to the assessment, some countries were satisfied, even though instances were reported that participants were unfamiliar with assessment and self-assessment and the wording used. Finally, technology, was an aspect that satisfied all participants. Difficulties and problems occurred but the participants were still satisfied with technology’s involvement in teaching and learning. Apparently, the different contexts and educational systems led to modifications in the implementation of the ATS2020 model, which seemed to be influenced by factors, such as the presence of the concept of transversal skills in the educational system and curriculum, and teachers’ understanding of the skills, as well as approaches in teaching and learning. Hence, allowing flexibility for adjustments would allow for implementation of the ATS2020 model, in line with each country’s context and system. 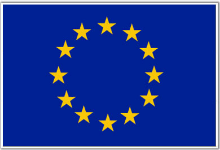 Co-funded by the Erasmus+ Programme of the European Union

The ATS2020 project is funded with support from the European Commission. This publication reflects the views only of the author, and the Commission cannot be held responsible for any use which may be made of the information contained therein.